Light Bringer is a board game about on territorial dominance and tactical positioning, the game has a electronic board made using Arduino.

The game begins the last person who fixed, switched on or off some light (lamp), the next players continue clockwise.

The objective of the game is to have the largest number of locations (cells) with your color, the game will be decided after 10 rounds and will win the player who has more dominance of the map (a round is finished when returning on character 1's turn). player who started the game.)

Each player controls 3 Avatars, and at the beginning of the game he can place them in the way he prefers in the cells of origin of his color.

It is only possible to move around in blocks with your color. If the block your Avatar is getting is a color that is not his, he will "die" and be reborn in his original cell after 1 round

It is impossible for cells of origin to change their light. The characters return to the original cell when reborn.

The number of the character determines the order in which he will be controlled, the amount he will give in glory points to the team that kills him and the cell he will return when he dies.

If an area of a certain color is outlined by another, the inner part that has been outlined does not survive and becomes the color that outlined the area.

The game has walls and it is impossible to cross them with the character or with shots normally.

Each character has 5 shots per turn, the shot has 2 range horizontally and vertically and diagonally (cards do not count as shots from the turn).

If the player has glory points corresponding to the cost of a card, he can draw it.

To shoot directly at another player's character it is necessary to have at least 1 movement available.

You can only have 4 cards revealed on the table.

Cards can be acquired (drawn) from glory points, which are earned by forming squares of 2x2 cells ON THE SHIFT (this means that the player will only earn glory points if all the squares that make up the 2x2 are formed ON THE SHIFT).

Glory points are earned at the end of the turn. 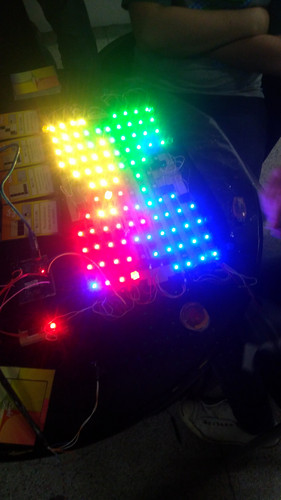 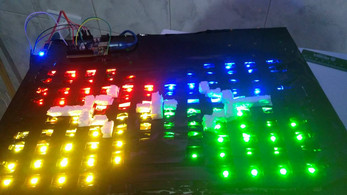 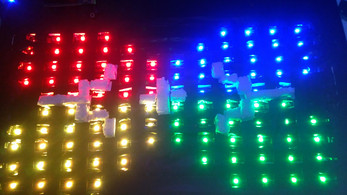 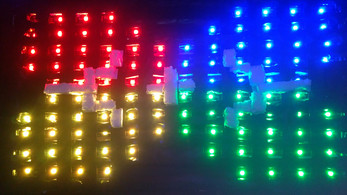 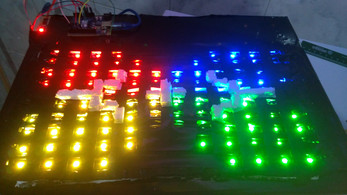 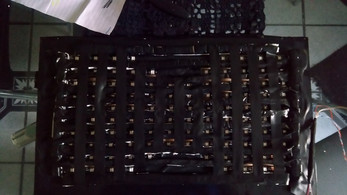